Industry Insider: A Day in the Life of an FBI Agent

You have paid for this event.

RSVP for this Event 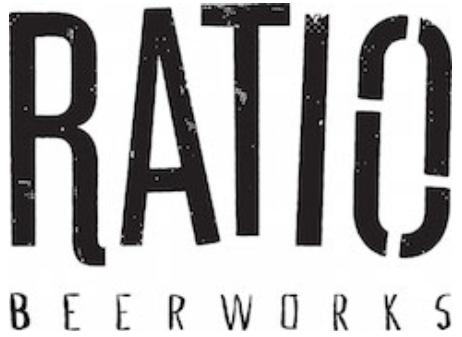 From a business major student to currently an FBI Section Chief overseeing all intelligence activities (think undercovers and informants) in the US, Matt has made significant contributions in preventing major terrorist attacks and safeguarding United States. Come hear Matt’s journey, ask him about his works in Miami, Europe, Arabian Peninsula and Latin America, and how is it like to be an FBI agent!

Launched in 2019, Industry Insider opens a window to a specific industry for outsiders through the featured guest’s personal stories and insights. Our guests include many accomplished Colorado entrepreneurs, idealists, and people behind a movement. During the event, the featured guest will share his/her personal stories through an interview, give an onsite tour, and answer the question “how does this industry work?”. If you are a curious person and ready to be inspired, come meet our guests and other like-minded young professionals!

Section Chief Matthew W. Fodor has been a federal employee since 2006.  Prior to entry on duty with the FBI, SC Fodor served as a Denver Police Officer and financial crimes investigator responsible for conducting fraud/money laundering investigations for a financial institution.  Upon graduation from the FBI academy, SC Fodor was assigned to the Washington Field Office Counterterrorism squad responsible for immediate international terrorism threats in the National Capital Region.  While at the Washington Field Office, SC Fodor was selected to participate in a joint duty assignment with the Guantanamo Bay Prosecution Task Force where he worked alongside Department of Defense criminal investigators and prosecutors to develop criminal cases against those responsible for the 9/11 attacks.  In 2010, SC Fodor transferred to the Oklahoma City Office where he conducted both domestic and international terrorism investigations.  In 2012, SC Fodor was promoted to a Supervisory Special Agent in the International Terrorism Operations Section whereupon he provided investigative oversight on international terrorism investigations across seven FBI Field Offices.  In 2014, SC Fodor was promoted to a Field Supervisor in the Phoenix Field Office where he managed a Joint Terrorism Task Force squad dedicated to the disruption of Homegrown Violent Extremism and other immediate threats posed by Designated Terrorist Organizations.  During this assignment, SC Fodor’s squad was responsible for a significant number of disruptions of immediate threats using various federal, state, and local statutes.  In 2018, SC Fodor was selected for an assignment as the Assistant Section Chief where he provided oversight on extraterritorial investigations in Europe, Arabian Peninsula and Levant regions. In this role, SC Fodor successfully coordinated the extradition of multiple U.S. Persons who were captured while providing material support to the Islamic State of Iraq and Syria. In 2019, ASAC Fodor was promoted to Assistant Special Agent-In-Charge of the Counterterrorism Program, and later, all Resident Agency Offices in FBI Miami.  While serving in this role, Mr. Fodor was responsible for Criminal, Counterintelligence, Cyber programs as well as crisis management, threat mitigation, extraterritorial/domestic international terrorism investigations, and domestic terrorism investigations.

Mr. Fodor received his Bachelor of Science in Business Administration at the University of Colorado.  Mr. Fodor is married and enjoys sports, hiking, and travel.

RSVP for this event

Industry Insider: A Day in the Life of an FBI Agent