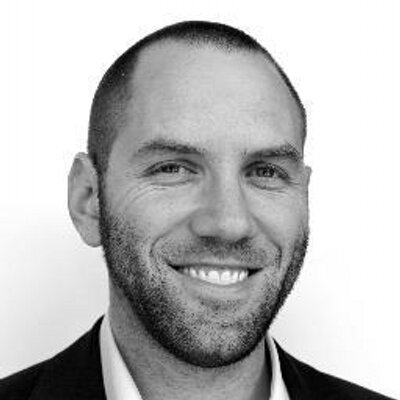 This is a members only event and you must be logged in to register.

Please login or register to complete your RSVP.

This event has been moved to a virtual event for the health and safety of our members related to the COVID-19 virus.

Our Table of 10 event provides MHYP members an opportunity to meet and converse with top-level business, community, and social leaders in Denver. This private lunch will give you exclusive access to people who’s time is at a premium, in a setting that promotes open conversation. Come prepared to ask questions and learn from the best Denver has to offer.

Andrew and his team have spearheaded the redevelopment of RiNo from a low-dense, industrial warehouse district into one of
the most exciting urban development opportunities in the United States - attracting over $2 billion in public and private
investment to date with another $4 billion committed over the next 10 years.

Amassing over one million square feet in RiNo prior to 2013, Andrew worked with Denver city officials to implement the
community’s new Station Area and Zoning Overlay Plan; the most progressive plan in Denver’s history as it encourages density
while mandating affordable housing surrounding RiNo’s commuter rail station (which takes passengers to Denver International
Airport).

Since 2010, Andrew has served as the Chairperson for the RiNo community board. In his role as RiNo Chairperson, Andrew
works collaboratively with community and government leaders on issues including land use and zoning, housing, infrastructure,
mobility and cultural opportunities. Andrew also serves on the boards of the RiNo Business Improvement District, Visit Denver,
the Downtown Denver Partnership Inc., the Denver Metropolitan Major League Baseball Stadium District, the Anti-Defamation
League (ADL) Rocky Mountain Region and is a member of Colorado Concern. Andrew has been tapped by both Colorado
Governor Jared Polis and Denver Mayor Michael Hancock to craft policies that incentivize private development for affordable
housing. Most recently, Andrew was asked by Mayor Hancock to co-chair the City of Denver’s Economic Relief and Recovery
Council for small and medium sized businesses. And in 2017, Andrew received the ADL’s “Torch of Liberty Award” for his work
on social justice issues.

An avid traveler, Andrew has participated with Denver Sister Cities International on diplomatic missions to Nairobi, Kenya and
Takayama, Japan and has joined Denver Mayor Hancock on official trade delegations to Tokyo, Munich and Dubai.
Andrew is also the founder of DenverStiffs.com, the most read website devoted to the NBA’s Denver Nuggets and their fan base
worldwide. Through Nuggets connections and his passion for Africa, Andrew has participated in the NBA’s Basketball Without
Borders Africa and Masai Ujiri’s Giants of Africa summer basketball camps across the African continent annually since 2011.
Prior to returning to Denver, Andrew spent 10 years in Los Angeles as an animation, television and new media producer,
developing content for global entertainment companies including Fox Sports, Warner Bros. and Nickelodeon. And Andrew’s
nationally syndicated comic strip “Girls & Sports” appeared in over 300 newspapers nationwide from 1997 through 2009.

Andrew is a graduate of Emory University in Atlanta where he received a Bachelor’s in Business Administration focusing on both
marketing and international business.

Andrew currently resides in Denver with his wife Sarah and daughter Grace.